Fabian Jimenez has a special ability. It doesn't take long to figure this out when you take a closer look at his artwork - it seems to come from a place that is not of this world. His intricate drawings and paintings seep with multiple dimensions and otherworldly figures - to some they may seem familiar, to others they can be a window to a wonderful new experience.

Fabian hails from Mexico City, and is also a good friend of mine who never fails to impress me with his english abilities. I took some time to sit down and talk with Fabian a little more in depth about his artwork and life in Mexico.

Peter: If you had to describe your style, what would it be?

Fabian: I consider my style "psychedelic", but I feel it goes a tiny bit further, stepping into the threshold of visionary art.

Peter: What would you say separates those two things?

Fabian: I think in general, the psychedelic art is merely reminiscent of the psychedelic experience, kicking it into your face with pulsating colors and fancy trippy shapes. The visionary tries to go beyond that representation and achieve knowledge from it, so in that point there is more; the artist unveils the "trippy appearance", and is able to share a more profound visual representation of inner realms.

Peter: I agree, I think this is a good distinction you've made. So how would you describe your creative process? Do you pre-conceive your works, or do most of them come to life during the process?

Fabian: My creative process variates a lot, sometimes it is driven by aleatory separated drawings, and by making them together digitally the compositions start to vibe. But most of the time they manifest during the process, I turn into a state where I try to become a channel, avoiding my consciousness to be the "creative mind", but instead to give place to my higher self - to establish a direct connection with the universal One.

Peter: You are also a psytrance producer - how has your artwork influenced your music, and vice versa? Are there parallels you see between the two?

Fabian: Yes, there are parallels between them, I think both mediums of expression share common native rules of harmony - just like there is an evolving loop of sound, there is an expanding shape that follows the same rhythm. Both share a descriptive and narrative sequence. At the end of the day they are only different ways to manipulate energy in a creative way and share it

Peter: That's a great way to think about it. Do you favor one over the other?

Fabian: Really good question. I think sound has the more direct way of impacting the listener, you really can transmit sensations with the combination of certain frequencies, in such a way there is no time to "interpret" it, it is simply direct. In the other hand, the visual expression requires a more long relation of time and space to perceive, interpret and assimilate. I can't favor any over the other, each one has its very own qualities.

Peter: You live in one of the most populated cities in the world. Has the city and culture of Mexico deeply influenced your work, or do you consider yourself someone who operates independent of your people's customs and aesthetics?

Fabian: Yes, the culture of México has influenced my work in some ways, the cosmovision of ancient prehispanic cultures was tons more wider and richer than the culture of consumption we live in today. We have to rescue the main fact that we are not apart from nature and its cycles. The city has good things besides being a growing monster, I study here and the people's ways always reflect something to learn from, so they inspire in this way as well.

Peter: Is it a struggle for you to find peace with nature while living inside something you describe as a growing monster?

Fabian: Fortunately no, I consider myself very lucky to live where I am, there are beautiful places inside this concrete monster, maybe not fully nature breathing at its highest, but surely not something that can interrupt peace. Inner peace comes from within, so as long as you call it and take care of it there is no problem. What really interrupts peace is the everyday war driven by the current president, there's tons of deaths everyday and it gets worse as we speak.

Peter: Even while you live in a place with so much turmoil I know you've had many beautiful experiences that we've talked about in the past. Your country is one that is abundant with natural occurring entheogens. Do you have any favorite recollections?

Fabian: Yes! México is abundant with these potent teachers, I think my favorites are Psilocybe mushrooms, there are places where you can find very special combinations of strains growing naturally and evolving fast each year. I think one of the most significant experiences I had was with psilocybes in the state of Colima. There is a volcano where you find these teachers (Mushrooms) coming out from the walls of intricate paths. I can't recall the species because as far as I know it is only found in that place. The experience itself was driven by the fact that these teachers are grown from the entire dripping energy of the volcano, so when consuming it I would become part of it, being able to breath through each one of the plants inhabiting the place, sensing the ground like a snake, hearing like being the wind itself... I recall it as experiencing a profound connection with nature.

Peter: It sounds like an amazing experience - and Teachers is a very appropriate name…i had not heard someone refer to them as such before. So in the end, what do you see as the purpose of your artwork? What do you hope people see and take away from your work?

Fabian: The main purpose of my artwork is to share my vision to inspire the viewer in a path where energy is One, and the flow of this eternal timeless prana is only blocked by the human's ego, so this path goes beyond the self. I won't say this is in order to achieve positive energy; there are no opposites at the end of the day. I hope people see this through my work and empower others to do the same.

See more of Fabian's work in our archives here. You can buy his prints here. 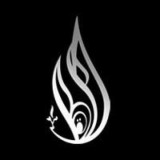 Sign up to get exclusive deals, new releases and more.